Finally, my little sister has finished her undergraduate degree in Bachelor of Science in Nutrition and Dietetics (BNSD) from the Polytechnic University of the Philippines (PUP) Sta. Mesa. Of course, as a family we're elated again on this very special day in our lives. 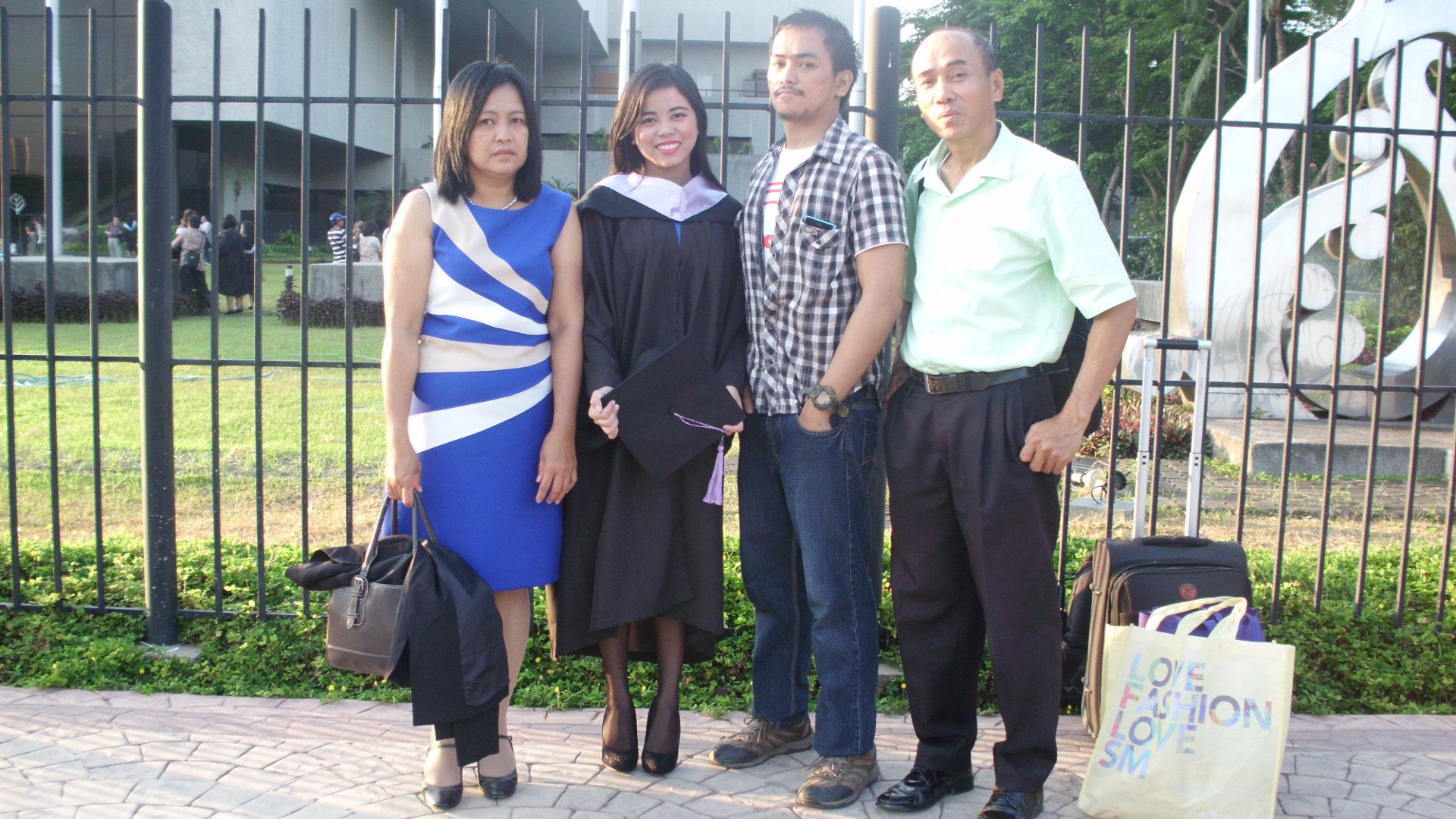 For this event, I had to be woken up so early, which is a very steep deviation as far as my Circadian Rhythm says. Anyway, we took a taxi from Alabang as hailed by our uncle who luckily agreed to the use of the meter (a rarity in Metro Manila nowadays as they say) to the Philippine International Convention Center (PICC). Even though it's just around 0620H that we arrived, the place is already teeming with those who will be graduating and their parents or guardians and company. As usual, disembarkation processes from the vehicles reflect those of a third world country. Sheez. As there are so many graduates and the seating capacity is limited, only one companion per graduate is allowed inside their respective hall. So, I, my dad, and cousin Christine had to remain outside for the most part of the morning. Good thing I had a laptop with me.

Around mid-morning, I had the chance to roam around the PICC. Of course, it so much reflects Leandro's Locsin architectural style of emphasis on concrete. The inside ambience ( the fonts, signboards, colors of them in general) takes me back to the 1970s, as of course, this facility is a brainchild of the former First Lady Imelda Marcos. Overall, I'm impressed in its design though looking dated, it is quite wide and has a feeling of being so formal. Hehe. 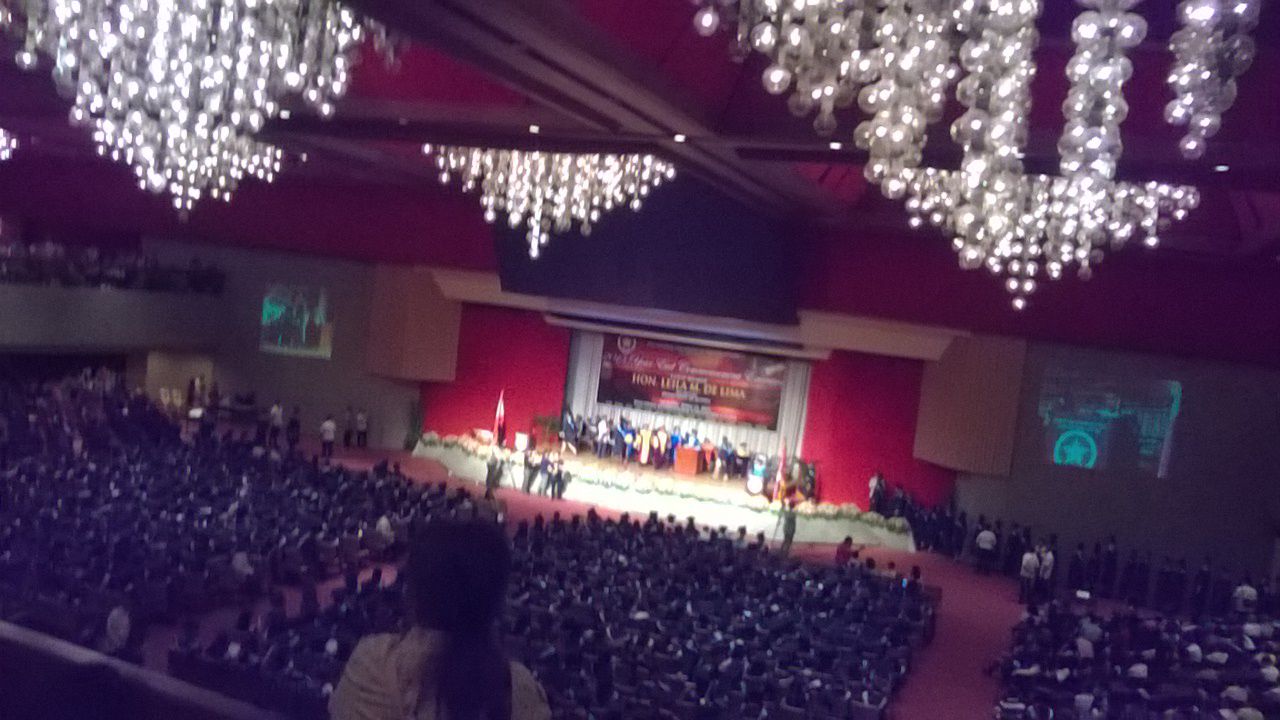 I was able to go to the hall where my sister's ceremonies were taking place, but alas, I was not able to catch the speech of Department of Justice Secretary Leila de Lima who was their Guest Speaker. My father told me that her talk was good and inspiring. Anyway, he was wondering why I was able to get in for free while he has to pay a fee and be stamped earlier on.

So, upon end of the ceremonies, the exit route from the facility was different from the entrance. I and my cousin had to walk for quite a long distance to meet my parents and sister. A few pictures first here and there, and SM Mall of Asia here we go. However, it was very difficult to get a taxi as we have the other graduates as competitors for them and with the law of supply and demand being seen in action, the taxi drivers are jacking up their prices - that is don't wanna use their meter. We were able to haggle with one but you know, my parents being not that high-earning individuals in the last couple of years, tried to bargain even more for the fare. To no avail of course, with the taxi driver even sternly warning us to just get off if we want a lower fare. The short distance to Mall of Asia costed nearly PHP 200. Sigh. I was really feeling sorry for my sister. In my graduation, at least we had the luxury of using my Aunt's sedan in going home (though mom and dad has to go by the public jeepney due to capacity problems) and apparently in the future, when my cousin graduates, we already have a capable vehicle in the immediate family by way of me (crossed fingers), while my sister has to endure this pathetic public transport system of the Philippines.

We did not get to choose immediately when to eat at the mall, first choice would be Kenny Rogers Roasters but they are already crowded. We thought about Vikings but then that would be expensive, pity, my cousin did not bring her school ID to show that she graduated also this year - we could afford the tab if only the three of us would be paying customers #HampaslupaProblems. 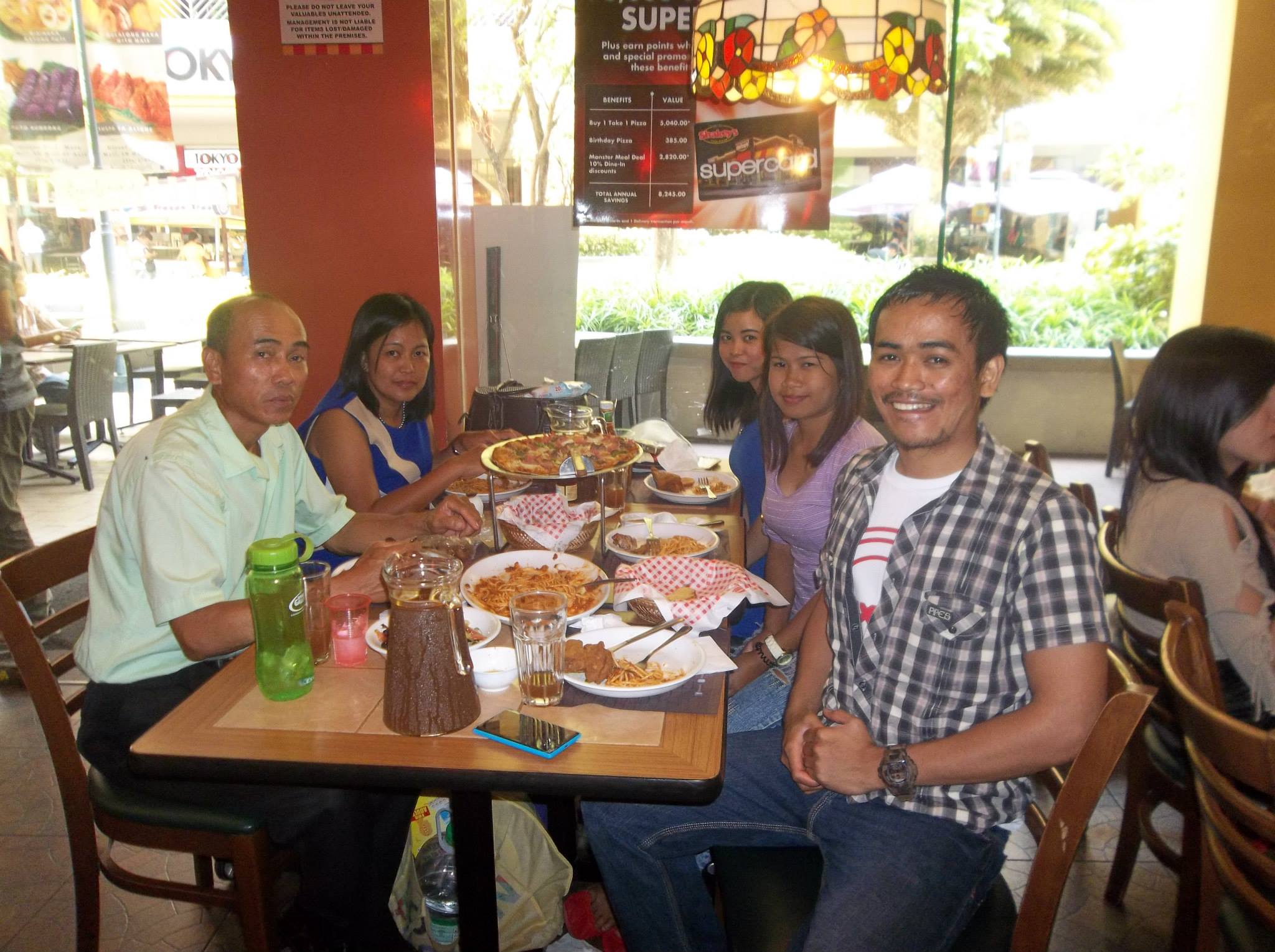 We eventually settled for Shakeys and the waitress was even able to convince me to avail of their loyalty card, a cost to me but a discount to the total bill. Well, I got to have a free pizza though because of my birthday. I would just have to claim it soon.

We would like to have a further family bonding time since it's very rare that we got together as a family in a place like this, outside of Christmas and New Year breaks but since my mom is due for an exam for a teaching position in a public school back in Mindoro, she has to go straight to the Port of Batangas immediately. In fact, she was applying for such for years now, hoping for an 'item' but the farthest she got was for a substitute teacher. You know, bribery, red tape among other bureaucracies are needed to secure positions in there as I'm hearing from various sources, but that would be a story in another article.